Rhubarb cooked in the baiser with mascarpone and pistachio

Rhubarb cooked in the baiser with mascarpone and pistachio. Despite certain limitations, one can speak of happiness in misfortune, that Mother Nature does not let us down and adheres to the strict seasonal calendar for fruit and vegetables as usual. If one gives a little more meaning to the little things of everyday life at the moment, one always unconsciously enjoys one’s pronounced senses, which play a very special role right now to the slowly beginning of summer.

Just as we marvel at spring in its full splendor, perceive it as a symphony of sounds, in which the deep hum of the lawnmower sets the bass and the chirping and singing of the birds as a melody sounds over it, so I get a broad grin when the markets and grocers present the local asparagus and, in addition to fresh salads, the first red strawberries to a skyline of enjoyment and colours.

I then fall consciously into the victim role of the unsuspecting consumer, who likes to try something left and right again, and then complete the shop with full bags and baskets, and then ask me at home the question when and how I should eat all this.

Even if restaurants, bars and bistros had to close their doors, this does not mean that we have to be denied the taste of the first season. I advise every chef and hobby chef to storm the markets now and try new ways, so as not to button the seal of the exit barrier to at least the cuisine, so I would like to appeal to the foodies and tasteacrobats among you: support your local restaurants, which even in these difficult times put themselves in their kitchen and put together great menus and creations for you and bring them mostly to your doorstep.

Rhubarb is one of the vegetables I prefer to process, as it can be processed (in small quantities) raw or cooked. Apart from the fact that he copes well with a lot of spices, it is also always fascinating how he changes consistency and color, depending on the processing.

I had a plan to cook the rhubarbgently under a sugar crust. Similar to what you do with a fish under the salt crust, this cooking process seemed relatively logical to me. Furthermore, it is not absurd to lift protein under this crust, so that it sticks better to the cooking material.

From this rhubarb was then cooked in the baiser. When I got the Baiser out of the oven, it all looked very promising. Nevertheless, I quickly realized that the leaked juice of the rhubarb had softened the baiser quite a bit from below, which made it very difficult for me to lift down carefully. What then converted me to post this post was the madness.

The rhubarb juice soaked under the side of the baiser in combination with its crispy hood was a revelation. You can certainly take a biscuit bottom that brings a little more stability, but this dessert, as it is, gets a place in my recipe book with my full support.

Rhubarb Baiser How to do it: 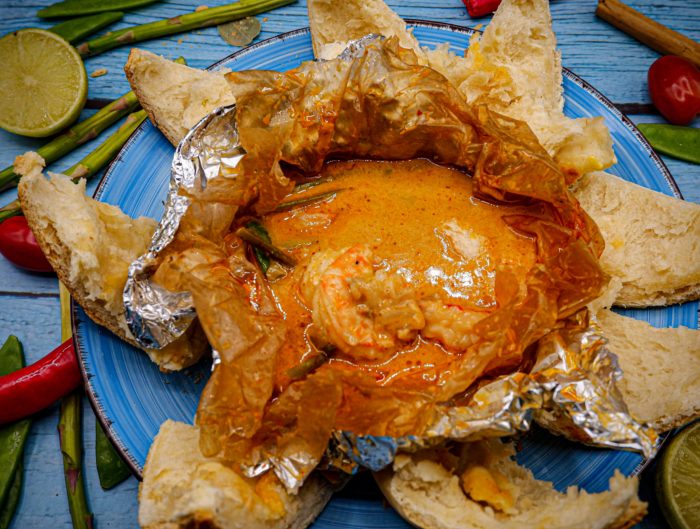 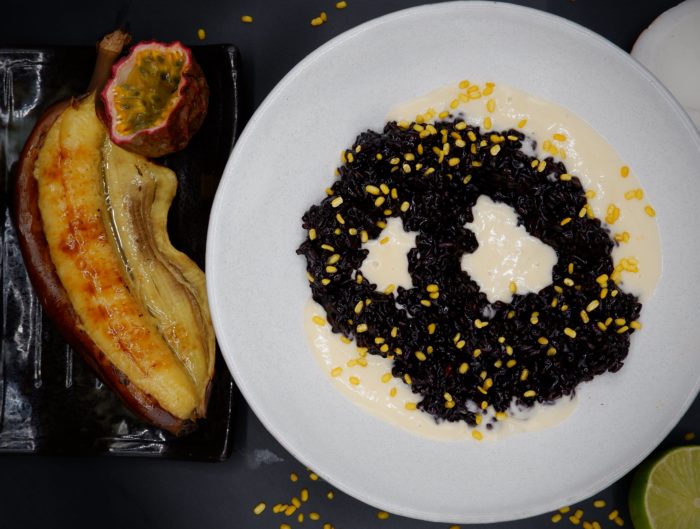 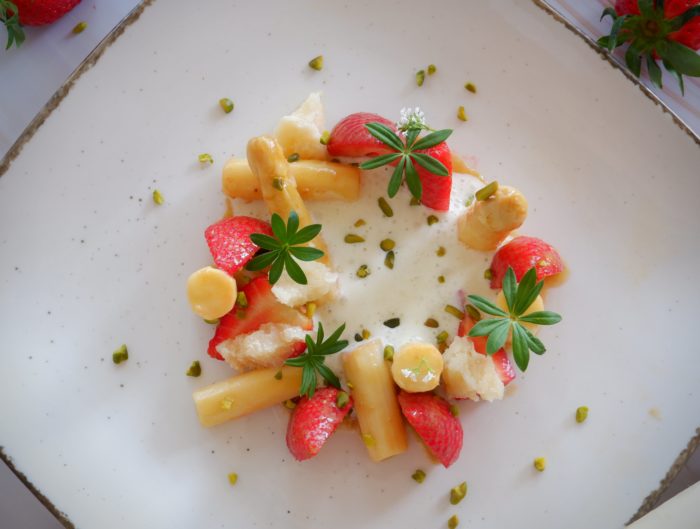